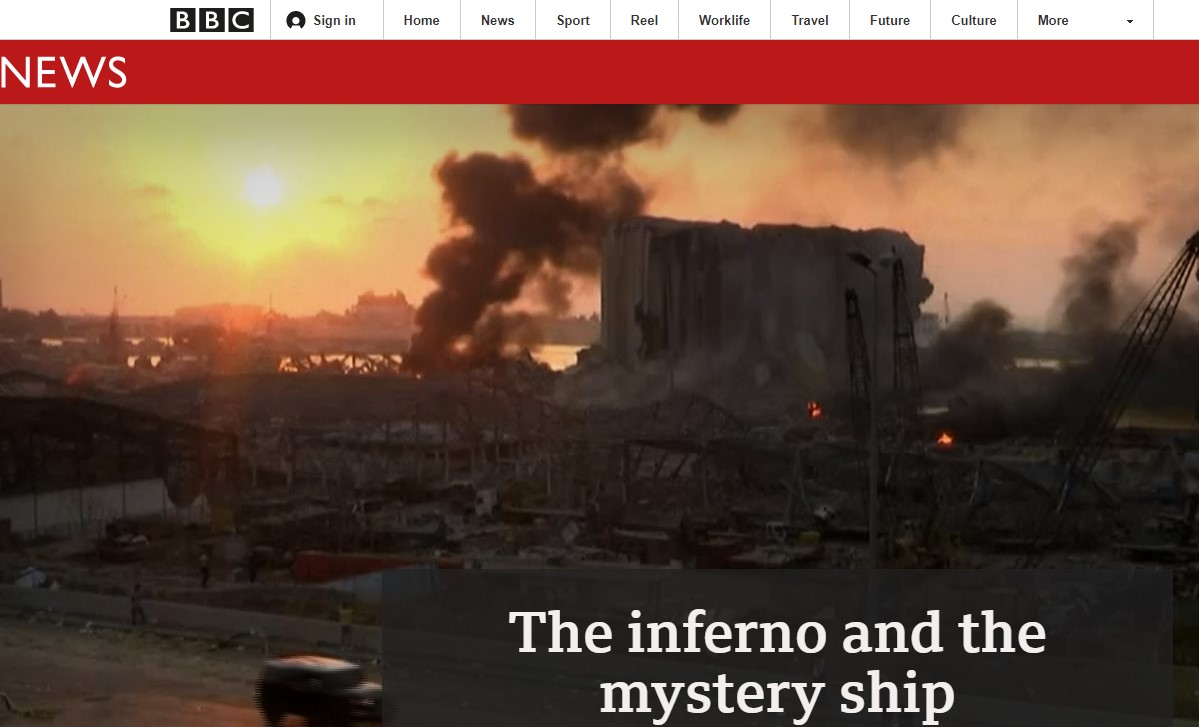 As I was browsing through my news feed one headline from the BBC caught my attention. “The inferno and the mystery ship” by By Rami Ruhayem and Paul Adams. It is only 4 days since the blast but this article does seem to have pieced together the story of the shipment of Ammonium Nitrite that caused the devastating explosion in Beirut.

What struck me in particular, from a professional perspective, is that so many of the failings in this case appear to lie in the area that would traditionally be the responsibility of the Supply Chain Management department of a company. Procurement, Shipment & Transportation, Storage.

I remember years ago in the early stages of my career I was put in charge of a warehouse at the company I worked for. I had worked for them for a couple of years and was now moving assignment to take charge of one of a number of warehouses we had onsite. The Logistics manager brought me on a tour of the warehouse and introduced me to the team. At the end he brought me in the direction of a small concrete building some distance from the warehouse. For all the world it looked like a pump house. Nothing remotely of interest. This he informed me was the Explosives store and only a handful of people even knew it was on site. Nothing in the store was an actual military type explosive. But under certain conditions or in the wrong hands these chemicals could explode. The next day I was sent off site for training on the storage of chemicals and explosives. I hadn’t even sat at my new desk and the first thing the company wanted me to know was how to safely look after the dangerous goods that we had on site. Safety was the first priority.

And this company wasn’t the only one I have seen that has that policy. All good companies will not only put safety high on their management priority list but foster a culture of safety through the organisation. Safety has to be the top priority because it doesn’t take a Beirut level of event to devastate a family. It just takes one slip. And in our field, Operations and Supply Chain Management, we deal with potentially deadly equipment, materials and processes every day. One slip is all it takes.

I don’t know what the outcome of the official investigation will be. The internet, as always, is full of theories. My gut feeling reading this and other articles is this was not a deliberate act. This looks to be a result of carelessness, indifference, lack of knowledge, corruption and many other human failings. I have seen images on social media claiming to be of the Ammonium Nitrite in storage before the explosion. If true then negligence isn’t a strong enough word to describe what happened. I might be wrong but I expect there will be trials. It certainly seems government officials in Lebanon have lots of questions to answer. More information will no doubt come out over the next few months.

But do this one thing. Read that BBC article. Ask yourself would you like dangerous goods to be handled in your supply chain like this Ammonium Nitrite was. I certainly wouldn’t. Then send it to every one of your team and ask them to read it. This may be a worst case scenario. But sometimes worst case scenarios will shake the cobwebs of complacency off an organisation. Safety First. Always.